We are pleased to announce that Meysan Partners represented Agility, the sole shareholder of National Aviation Services (“NAS”), on the acquisition of UK-based John Menzies PLC, merging the company with its NAS business to create a world leader in aviation services in 56 countries.

Founded in 2003, National Aviation Services is a Kuwait-based airport services and ground handling company present in more than 55 airports in the Middle East, Africa, and South Asia. NAS serves seven of the world’s top ten airlines and manages more than 50 airport lounges. NAS is owned and backed by Agility.

Operating as Menzies Aviation, the merged company will be the world’s largest aviation services company by number of countries and second largest by airports served. Combined revenues of Menzies and NAS exceeded $1.5 billion in 2021. The new company will have approximately 39,000 employees and operations at more than 265 airports in 56 countries, handling more than 1.37 million aircraft turns, 1.75m tones of air cargo and 2.5m fueling turns per year. 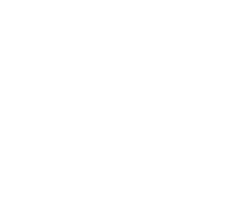